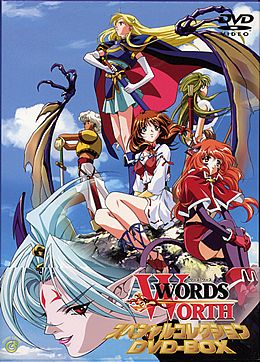 The legend has survived for generation. The Words Worth tablet, which will unlock the secrets of the Universe for the one who can decipher it, has been shattered. The warring tribes of Light and Shadow blame each other, and their accusations lead to all out war!

Astral, the undisciplined heir to the throne of the Shadow Forces, lusts for his bride-to-be, Sharon. But Sharon, an accomplished warrior herself, feels her body drawn toward Caesar, the Shadow Tribe's bravest swordsman.

Sharon battles alongside Caesar during an assault by the Light Forces, and her ferocious beauty captivates Sir Fabris, the leader of the Tribe of Light. Fabris' army loses the battle, but he vows that he will one day get Sharon into his bed, the hard way, if necessary.

Meanwhile, Astral takes his sexual frustrations out on Maria, a Light Tribe sorceress who has been taken captive. As Astral penetrates Maria, Sir Fabris prepares to launch a penetration of his own: a full-scale attack on the Tribe of Shadow!